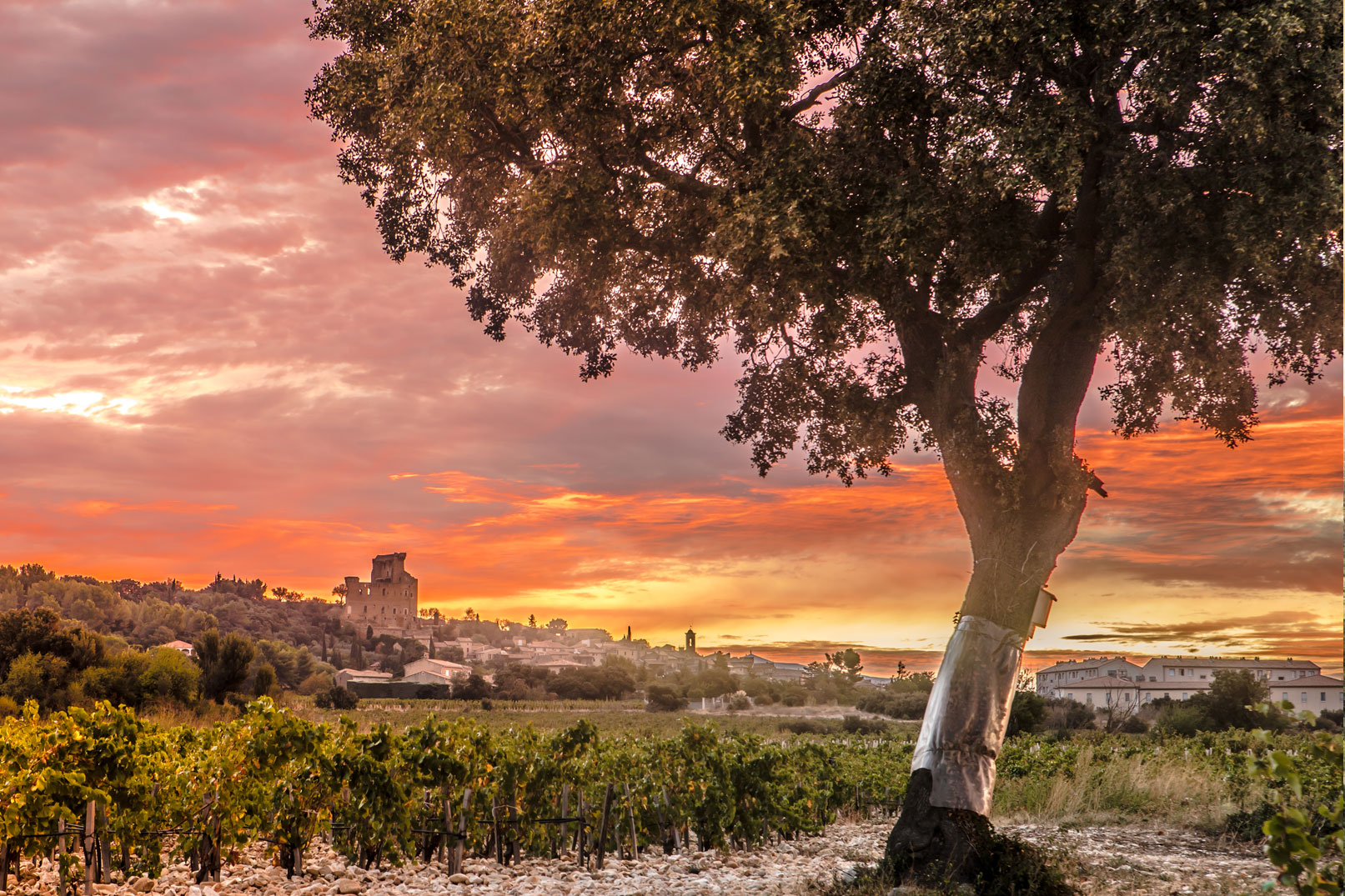 Home to a wealth of heritage and wine tourism

The Rhône runs its course from its riverbed in the South of the Drôme, between vineyards and ancient edifices, all the way to the sea. It wends its way through a diverse range of landscapes and scenes which call to the voyager in all of us – from the Fortress of Mornas to the famous vineyards of Châteauneuf-du-Pape, from North to South, the Rhône Valley has countless stories to tell…

Welcome to the heart of Provence

FOREST WALK OR STROLL ALONG A BOTANICAL FOOTPATH

By foot or by bike, the Massif d’Urchaux can be explored all year round. The 3km botanical path runs along the old Roman road, boasting a rich variety of local species which thrive in the acidic soil: heather, strawberry trees, sage-leaf rockrose, maritime pine…

Set off on a walk from Sérignan or even the village of Urchaux, and discover the area’s little-known heritage, including Castellas castle and chapel dating back to the 13th century.

BIKE CIRCUIT AROUND THE MASSIF

Pedal through fields and typical Provence villages, from plateaus to pretty hills, and see major heritage sites up close: the Roman Penitents’ Chapel (Piolenc), medieval architecture (Sérignan), and the site of Castellas.

The geological wealth of the wooded massif, combined with human labour, has resulted in these wines with their typical bright robe, red berry aroma and floral notes.

Back to the Middle Ages at the Fortress of Mornas

Despite its old age, this building has maintained its grandeur, with its castellated ramparts and banners fluttering in the breeze!

Perched atop a rocky outcrop, the fortress overlooks the Rhône Valley and offers a breathtaking panoramic view, from the banks of the river up to the heights of the Ventoux and the Dentelles de Montmirail.

To this very day, the heart of the fortress continues to beat to the rhythm of drums, minstrels and knightly duels over fair ladies, thanks to theatrical guided tours which take place all year round.

Explore the fortress and its surroundings (the village, the Chapel of Saint Baudille) in a fun-filled way with the family game kit, Mystery in the town and footpath, available at the Bollène Tourist Office.

Follow in the footsteps of the Romans in Orange

Try out a virtual tour of the Antique Theatre and find yourself launched back in time to the 1st century BC!

Once there, you will experience the construction of the building, accompanied by detailed explanations, from the founding of the city of Arausio to its inauguration.

Boasting two UNESCO World Heritage sites – the Triumphal Arch and Antique Theatre – the town of Orange (known in Roman times as Arausio) is a must-see in Haut-Vaucluse.

Built during the reign of Augustus, the Roman theatre is the best preserved in all of Europe. The dimensions of its North stage wall (37m high and 103m long) and its acoustics make it the perfect setting for major opera shows including Les Chorégies festival.

To the South, the Triumphal Arch bears witness to Roman supremacy over the lands of Provence.

An immersive experience at a place unlike any other.

In addition to the traditional tour, this digital device transports visitors to the moment of the foundation of the city of Arausio by the Romans.
Before your very eyes, the ramparts are erected, the roads of the future Roman city are drawn out, the hill is converted to hold rows of seating, and, stone by stone, the theatre takes shape and unveils its majestic decor.

Châteauneuf-du-Pape, the kingdom of great wines

In this village, like an island in the middle of a sea of vines, everything revolves around the wine which has earned it its reputation. The first wine-growing region to be awarded an AOC (“controlled designation of origin”), Châteauneuf-du-Pape, as its name suggests, owes its fame to the Popes.

From the reign of Pope John XXII onwards, the Popes made this little hamlet their summer residence and decided to plant some vines, to liven up this holiday spot so popular with the court.

Nowadays, only a handful of ruins remain of the former Château built at the top of the hill, whereas the lands around the village continue to produce a precious wine known all over the world.

In the first weekend of August, the Véraison (ripening) Festival is celebrated in the village, offering the chance to taste the wines and meet the winemakers.

Another must-see is the Brotte wine museum on the outskirts of the village.

Roam the Via Rhona by bike

The Via Rhona is a major 815km greenway, running alongside the Rhône river, from the banks of Léman Lake to the beaches of the Mediterranean.

All along the length of this secure route which retraces the paths of long-lost civilisations, there are discoveries to be made. The route boasts 2,000 years of history, plus diverse landscapes from mountain views to iconic scenes of Southern Provence.

See the route of the Via Rhona in Vaucluse

In Vaucluse, the Via Rhona traces the outline of a Rhône steeped in wildlife, weaving between orchards and Southern crops.

The National Company of the Rhône (Compagnie Nationale du Rhône) stands as testament to the energy-producing potential of this great river.

Its hydroelectric power station in Bollène, opened in 1952 by President Vincent Auriol, was the first to produce green energy thanks to its turbines which are submerged in the raging waters of the river.

Since the start of this year, the site, whose facade is listed as a historical monument, is open to visitors. These tours reveal the site’s history, as well as showing some places, like the control room, which were previously closed to visitors. 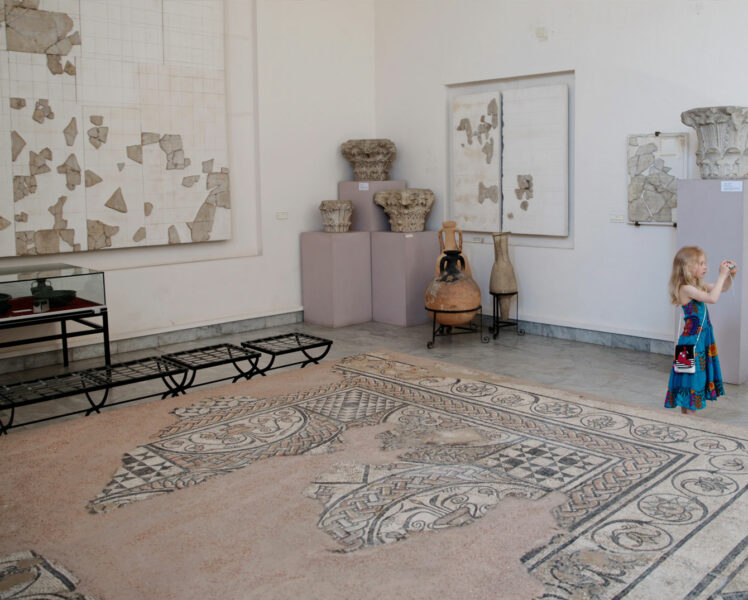 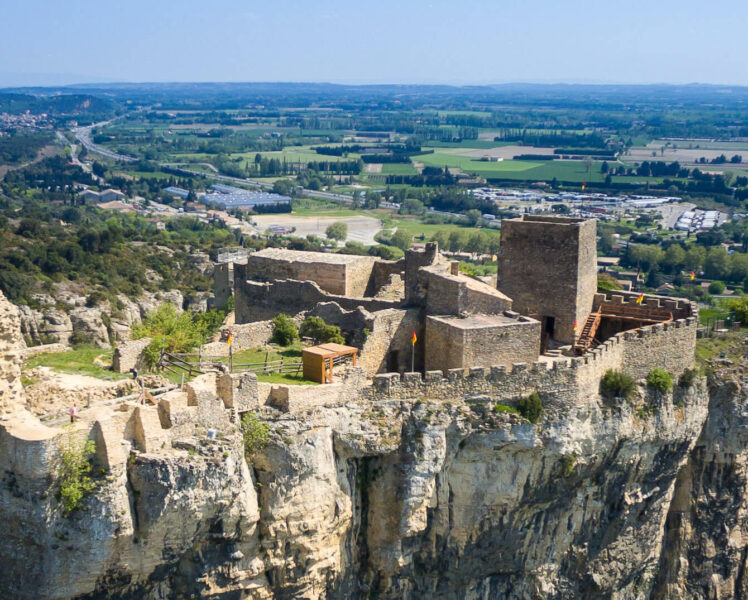 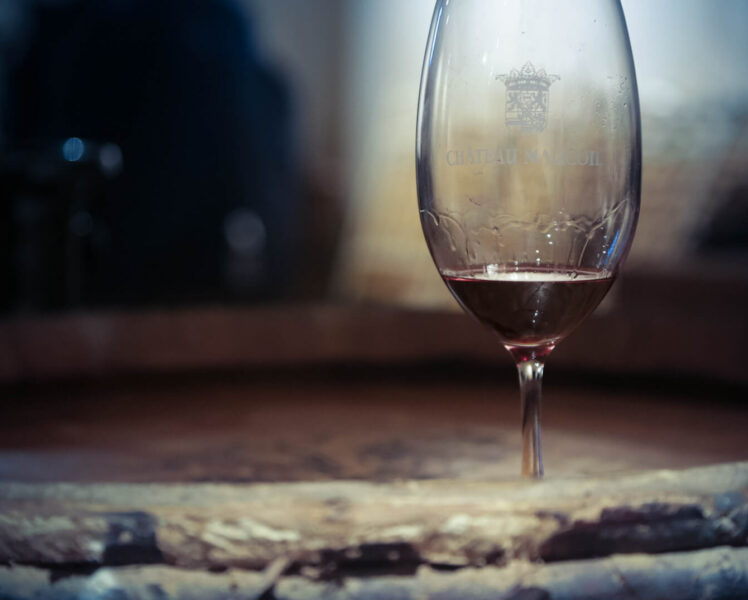 Make your own wine