On the Saffron Route in the Vaucluse

in the pursuit of Red Gold

It is known as Vaucluse Red Gold, and for good reason! Discover this spice, which grows on the foothills of Mont Ventoux and on the Comtat Venaissin plain.

At the foot of Mont Ventoux

At the Foot of Mont Ventoux

From the Enclave des Papes to the foot of the “Giant of Provence” and across the Rhône Valley, saffron grows in the autumn, when the first of the cooler air arrives.

It is then that the saffron growers’ expertise comes into its own. As soon as the flower opens (which is always at dawn), it must be picked before it has time to dry up (which means right away, within the same day). With a basket under their arm, the saffron grower picks the flowers very carefully, by hand, enveloping each flower in the palm of their hand and cutting off the stem with their fingernail.
Next comes pruning, when the stigmas are harvested one flower at a time, being careful to leave them attached and intact.

You will be welcomed by 7 producers who will show you this special art of harvesting the saffron, and tell you about the fascinating properties of this plant.

Saffron producers in the Vaucluse 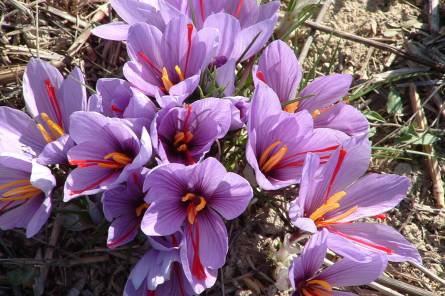 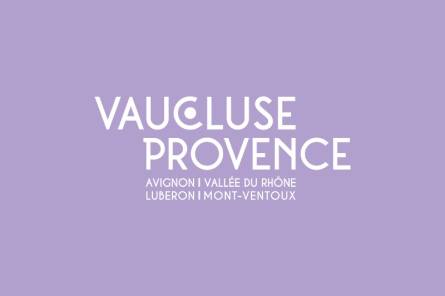 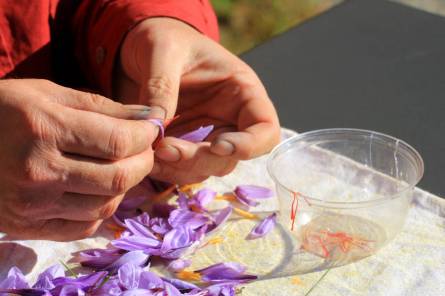 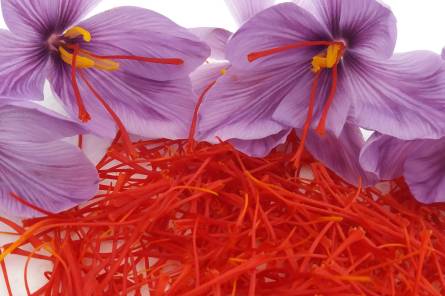 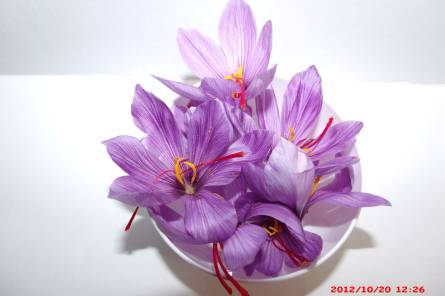 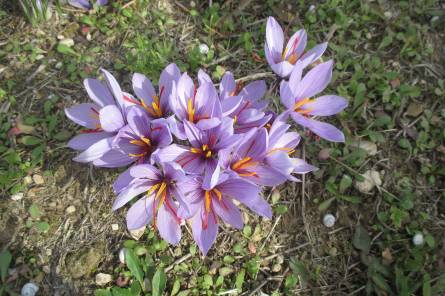 Visit to a Saffron Farm

L’Or Rouge des 3 Rivières (Red Gold at the 3 Rivers) organises daily farm tours upon request, through which you can discover this very special spice.

You will also have the opportunity to taste their range of saffron-infused products at the end of the tour.

The best time to visit is in October-November, which is the magical time when the saffron is in full bloom.

Did you know? Saffron is renowned for its medicinal properties, including its antioxidant properties.

Laboratory 4E in Avignon has developed Kesari, an organic beauty range based on the saffron flower. With their serum, cream and hydrating fluid, saffron is your new beauty ally

The History of Saffron in the Vaucluse

As the story goes, saffron first appeared in the Vaucluse at the end of the 14th century, when a gentleman from Avignon named Monsieur de Porchères brought it back in his suitcases.
Over the course of the following centuries, its cultivation grew and intensified, so much so that the Vaucluse became the number one producer of the spice in France, and in the 17th century there were more than 160 saffron growers (or “safraniers”) in Carpentras!
It gradually disappeared during the 19th century, which gave rise to a renaissance at the end of the 20th century, instigated by avid devotees of the spice.
Today, saffron growers produce hundreds of kg of Vaucluse Gold per year. This level of production may pale in comparison to the many tonnes produced in the Maghreb, China or Iran, but although saffron is produced on a small scale in the Vaucluse, it is nevertheless renowned for its exceptional quality.

In the republican calendar, 2 vendémiaire (the 2nd day of the first month), which corresponds to 23 September, was called “saffron”, to mark the start of the crocus flowering season.